Liver diseases have increasingly become a popular ailment among the general population currently.  Impaired liver functions will decrease the body’s ability to digest food in a proper manner, absorb nutrients, break down fats, and to get rid of toxic substances from the body.

There are a wide range of conditions that can affect the liver, and fatty liver disease is one liver condition that is frequently encountered by physicians the world over.

Fatty liver cannot be defined as a disease condition by itself, but known to trigger diseases within.  But even then it is known medically as fatty liver disease, a term used to define a situation where there is excess fat accumulation in the liver cells.  The organ is encroached upon by fat that begins to accumulate in the cells and fill up the spaces between tissues, making it expand and feel heavier.

There are several possible explanations to this liver condition, the most popular being that the liver functions are impaired to such an extent that it cannot efficiently break down and remove fats in a manner that it normally should.  Another consideration is that there is an increase in fat extraction from the intestines, the place where consumed food is processed.

The liver also processes fats that are absorbed by the body from one’s diet.  So, if the dietary fat consumption remains in high quantities continually, the fat content arriving at the liver will also remain high.  This can overwhelm the liver’s ability to metabolize great amount of fats at any one time, and eventually the excess gets stored as triglycerides.  This gradual accumulation of fats will trigger inflammation and injure healthy liver cells.

Connection between obesity, diabetes and fatty liver – The rapid modernization adopted by Asian countries has seen a spike in the rate of obesity and its related health problems among their population.  And in countries where obesity is widely prevalent, at least 25% of that country’s population will be diagnosed with fatty liver disease.  Obesity on the other hand increases the risk of diabetes; and if a person has diabetes it increases their risk of developing fatty liver disease.  While a person with diabetes does not spontaneously develop fatty liver, it is just that insulin resistance diabetes along with excess body fat can eventually lead to fatty liver.

Fatty liver is usually brought about by heavy alcohol drinking.  However, this condition can also develop among the non-drinkers.  In them, the usual causes are prescription med use for an extended period of time; poor diet, starvation; certain lifestyle disease conditions like diabetes, obesity, or high cholesterol levels.

While alcohol is considered to be the foremost causative factor, obesity is next in the list.  Excess abdominal fat is associated more with fatty liver than increased overall body weight.  While most obese people feel the need to lose weight, very few actually put in an effort to lose weight.  A body mass index of less than 25 is deemed to be a healthy range for most individuals, but the levels can differ depending on the person’s height and gender.

This liver condition is also known to crop up during pregnancy, and is attributed to hormonal imbalances that usually occur during pregnancy, as well as weight gain.  But once the child is delivered, the liver begins to heal by itself; hence, very rarely will this require any specific treatment plan.

The condition is generally symptom free.  In severe conditions though, where there is complete saturation of fat cells in the liver, then the person will experience a heaviness in and around the area where the liver is situated (right upper quadrant of the abdomen), a slight discomfort or moderate pain intermittent in nature, nausea or vomiting, and easy fatigability.

As stated earlier, excess accumulation of fats in the liver cells can create inflammations within and injure the cells.  Liver enzymes present within that have specific functions, get released into the blood stream when injury occurs.  Routine blood tests will detect this elevation of liver enzymes, a situation where one should suspect that there is indeed an abnormality occurring in the liver.

Image testings done further may reveal fatty liver conditions with either the organ appearing bright or hyperechogenic on ultrasonography, or less dense on CT scanning.  However, these testing modalities fail to help in differentiating the severe nature of the disease – whether the condition is localized or has begun to spread across the entire organ.

For a more accurate diagnosis, liver biopsy is considered the best option.  This is a minimal invasive procedure done under local anesthesia.  A fine needle is inserted to aspirate the liver tissues and contents for a detailed microscopic examination to detect the presence of fats within.

Types of Fatty Liver – Which could be reversed Naturally

Fatty liver is classified into – a) Alcohol related – Continued consumption of alcoholic drinks in large quantities is known to bring forth various liver ailments and fatty liver is no exception.

b) Non-alcohol related – Non-alcoholic fatty liver disease on the other hand, when less severe, is perceived as a benign health condition that can be reversed by pursuing a healthy diet, maintaining a stable weight, opting for medications that are not known to impair liver functions, and staying away from all kinds of alcoholic beverages, even in moderation.

However, since fatty liver is symptom free, and if routine blood tests fail to detect any spike in liver enzymes, then the condition can continue to progress to its severe form.  Increased fat infiltration within will disrupt the entire liver structure, interfere with its functions, trigger inflammatory conditions, and cause death of healthy liver cells that can eventually lead to irreversible liver damage.  The giveaway signs of end-stage fatty liver condition are a jaundiced appearance that the sufferer will develop, with the whites of the eyes, nails, and skin around the hairline turning a yellowish hue; sudden and unexplained weight loss; and blood clotting difficulties.

Effective treatment depends on its causative factor.  Drug therapy as a treatment measure is not considered as a safe option.  The reason being that prescription med use will need to continue for an extended period of time, since this liver abnormality is marked by long duration.  This will only cause more harm to the organ than bring relief.  Moreover, this disease condition of the liver is brought about by unhealthy lifestyle patterns and altering them will help in bringing relief, like –

–       Losing excess body weight – Which should be accomplished in a healthy manner.  Attempting to lose weight by way of skipping meals and staying hungry for longer periods of time will only aggravate this liver condition.  Instead, a healthy exercise routine should be followed religiously to achieve gradual weight loss.

–       Abstaining from alcohol consumption – It is not just heavy drinking, but even alcohol intake in moderation should be avoided once diagnosed with fatty liver.

–       Making the right food choices – A restrictive diet will need to be followed by the diagnosed individual.  Foods that are high in fat, that includes dairy rich products and red meat, should be completely avoided.  All types of processed food products and grains should be refrained from consumption.  Following a low-salt and low-sugar diet is recommended.  The individual should attempt to incorporate more of raw veggies and fruits into their daily meal plan as well as stay well hydrated.

–       Removing problematic drugs – Discontinuing medications that can affect the liver in a negative manner and replacing them with less harmful ones are best recommended for those who are diagnosed with fatty liver.

However, certain disorders that are associated with fatty liver like high cholesterol levels, increased blood sugar readings, obesity may require drug interventions for effective cure.  Unless these are not brought under good control, attempting to reverse fatty liver conditions will be futile.  Hence, medicines like Metformin to treat insulin resistance diabetes, statin drugs to manage high cholesterol, and meds that address obesity will be recommended by the physician.

Certain natural ingredients can be put to use by fatty liver sufferers that aid in strengthening the liver leading to a more rapid recovery process.

Milk thistle usage has been done for ages to protect the liver against harmful effects of toxic substances that can arrive at the liver in various ways.  The seed of this herb is better known for its therapeutic properties and effects on healing damaged liver cells.

Golden seal, dandelion, and barberry herbs works as powerful liver cleansers and purifiers, which when used for a certain period of time, can restore proper functioning of the stressed liver.  These herbs are not recommended for usage during pregnancy, though, for they are known to trigger miscarriage.

Removing toxins from the body may also assist in improving liver health.  A remarkable herb with natural antioxidant properties is green tea which should be consumed on a daily basis for best results.

Recent studies conducted have revealed that consumption of soy protein may help in reducing fat accumulation in the liver and in restoring proper liver functions.  Soy protein can be sourced from soybeans, soy milk and yogurt, as well as tofu. 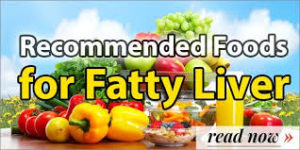